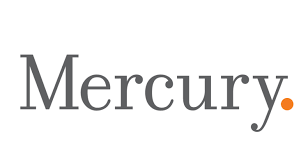 Former twelve-term Rep. Frank LoBiondo (R-Ventnor), who held senior posts on the House Armed Services and Transportation & Infrastructure Committee, has joined Mercury as member of the advisory board for the global, bi-partisan public affairs firm.

“At Mercury we are focused on bringing together the most talented, bipartisan leaders from media, government, politics and business,” said Mercury partner Mike DuHaime. “Congressman LoBiondo is not only a force in Washington, but here in our home state of New Jersey. A South Jersey native, the Congressman understands how to get things done regardless of the politics. His deep experience and knowledge at both the state and federal levels will be a tremendous asset to the firm and the clients we serve.”

LoBiondo was elected to Congress in 1994 and represented New Jersey’s 2nd district until his retirement early this year.  He previously served as an assemblyman and Cumberland County freeholder.

“Congressman LoBiondo is widely respected on both sides of the political aisle because he is a proven, effective leader. I look forward to working with him to help our clients achieve success,” said Michael Soliman, a Mercury partner.

Mercury’s New Jersey office has close ties to recent statewide elected officials from both parties: partner Mo Butler was chief of staff to Cory Booker in the U.S. Senate and at Newark City Hall and continues to be in Booker’s national and state inner circles; Soliman is U.S. Senator Bob Menendez’s top political advisor and the architect of the senator’s 2012 and 2018 re-election campaigns; and DuHaime was the political consultant for Chris Christie’s successful 2009 and 2013 gubernatorial campaigns and a top advisor during his eight years as governor and in his national political endeavors.